The 2020 GMC Yukon is a large-size SUV that is engineered to deliver a capable performance and a smooth ride, even when trailering. Designed to be bigger and bolder than the previous generation, the 2020 GMC makes a strong statement with its powerful proportions. The 2020 Toyota Sequoia is a large SUV to compare, but Yukon’s style and powerful performance will make your choice. Come to Reliable Buick and take a ride.

The 2020 GMC Yukon features a comfortable interior with versatile seating and cargo options. The standard Yukon seats eight comfortably, but with an available front bench seat, it will seat nine. The optional second-row captain’s chairs offer seating for seven. It comes with cloth upholstery and plenty of available comforts and high-end materials including, leather upholstery, heated and ventilated front seats, a heated steering wheel, heated second-row seats, power-folding second-and third-row seats, and power-retractable steps. The Yukon offers 15.3 cubic feet of space behind the third row, 51.7 cubic feet behind the second row, and 94.7 cubic feet with both rear seats folded down. You can choose from two powertrains: The base engine is a 4.3-liter V8 that produces 355 hp and 383 pound-feet of torque, with a six-speed automatic transmission. An optional powertrain is a 6.2-liter V8 that makes 420 pound-feet of torque and is paired with a 10-speed automatic transmission. It has an impressive maximum trailering weight of 8,500 pounds when properly equipped. 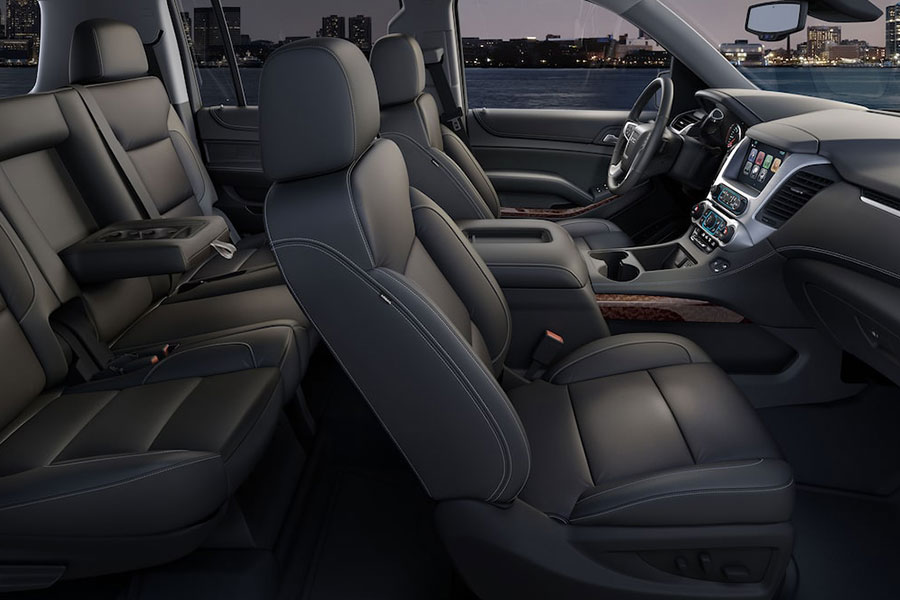 The Sequoia also seats eight comfortably in three rows of seats with plenty of head and legroom for adults; but it looks and feels outdated compared to its competitors. It’s been more than a decade since Sequoia's last redesign and that is noticeable in its cabin. It has one of the least impressive interiors in its class, with its outdated style and large amounts of hard plastic. The exterior look has also stayed the same, with the Tundra-based body-on-frame design. This big body frame provides 18.9 cubic feet of cargo space behind the last row of seating, but with the second and third rows folded down, it provides 120.1 cubic feet of cargo space. When fully equipped, the Sequoia can tow up to 7,400 pounds. This is lower than the Yukon and most large SUVs in its class. All trims of the Sequoia come with a 381 hp 5.7-liter V8 engine and a six-speed automatic transmission. 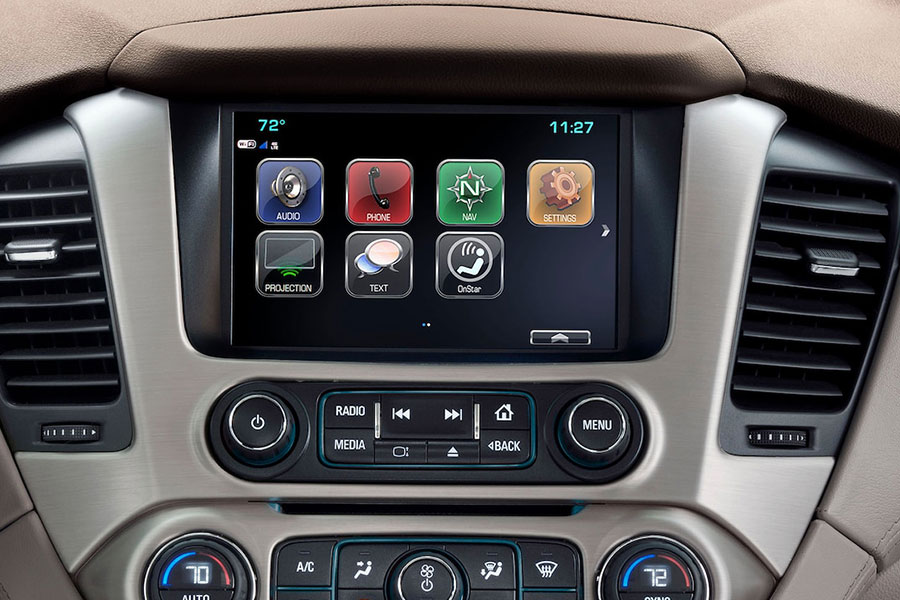 The Sequoia received a number of updates to its infotainment system for 2020 . The Entune infotainment system, with a new 7-inch touchscreen providing Apple CarPlay and Android Auto was added this year to the Sequoia. It also comes standard with an eight-speaker audio system, satellite radio, HD Radio, Bluetooth, three USB ports, and a Wi-Fi hot spot. The Safety Sense-P system is now standard on all models. This provides adaptive cruise control, forward collision mitigation and lane departure warning. Blind-spot monitoring, rear cross-traffic alert, a rearview camera, and adaptive cruise control are also standard.

The Yukon offers four available trims. The base SLE trim starts at $50,600 and ranges to a starting price of $67,700 for the top-of-the-line Denali. These prices match Yukon’s quality package. With its base engine and rear-wheel drive, the Yukon gets an estimated 15/22 mpg in the city and on the highway. 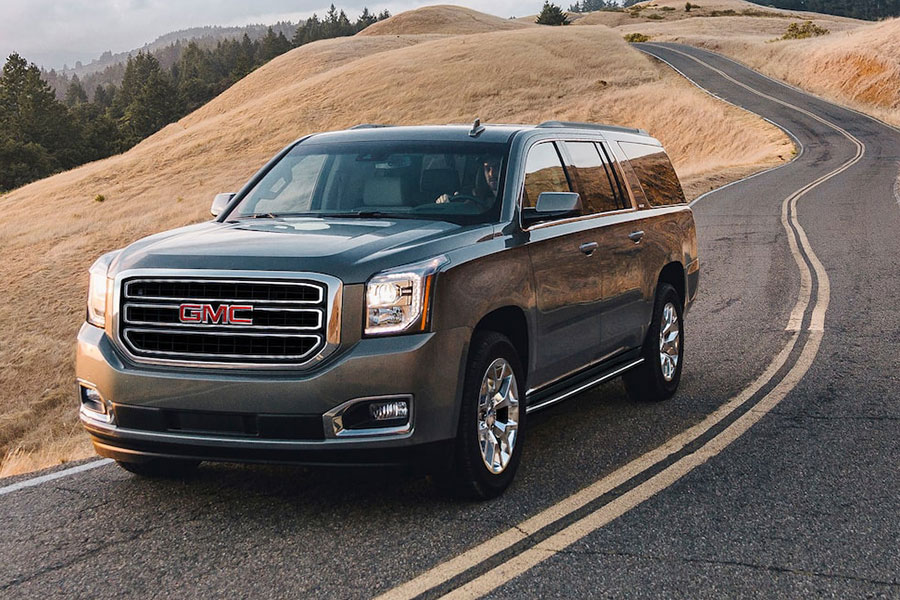 The 2020 Toyota Sequoia base price starts at $49,905, with the top-of-the line Sequoia Platinum starting at $65,945. The Sequoia gets poor ratings on its gas mileage, averaging just 13/17 mpg on the city and highway.

Overall, the 2020 GMC Yukon offers more in an SUV, from its updated style and design, powerful performance, and towing capability, to its long list of features. Stop by Reliable Buick GMC and take a look.